If you’ve read our blog before, by now you know that as registered dietitians and personal trainers, all things health, fitness and nutrition (and family, friends, laughter, broccoli, and of course, chocolate!) are our jam.  So you can only imagine our excitement when we were invited to the White House to join Michelle Obama as she discussed her Let’s Move! campaign, as this is SO up our alley!  Plus, after growing up outside DC and even with our brother currently living less than a mile away from the White House, the closest we ever got to the large white building was on elementary school field trips or exploring the city as we got older– and we’d have to stare across the distance of many football fields and tight security fences just to get a glimpse. 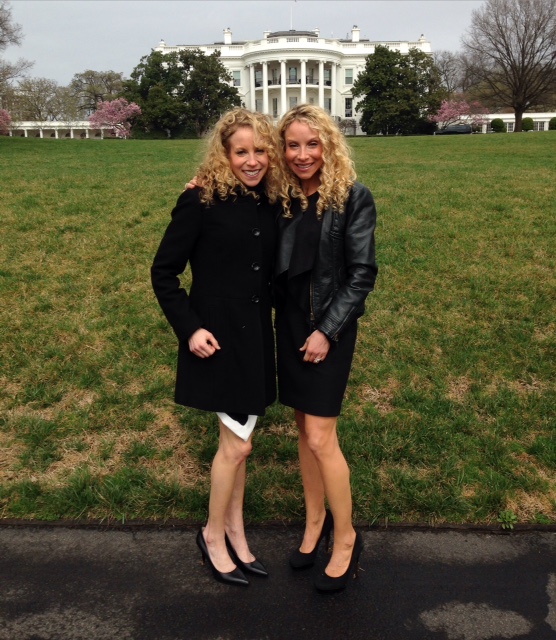 Here’s the rundown of our day– and some neat info we learned about!:

First up, we were so excited to see Michelle Obama’s tweet (@FLOTUS) welcoming us to the White House!  And so honored to be called a leading online influencer!!  Wowzers!!

@FLOTUS
We are thrilled to welcome leading parenting bloggers and online influencers to the @WhiteHouse today for a conversation on #LetsMove!

After going through many security checks (and one that was airplane style with security belts), we’re on the White House grounds!  How did security let these two crazy huge smiles through? 🙂 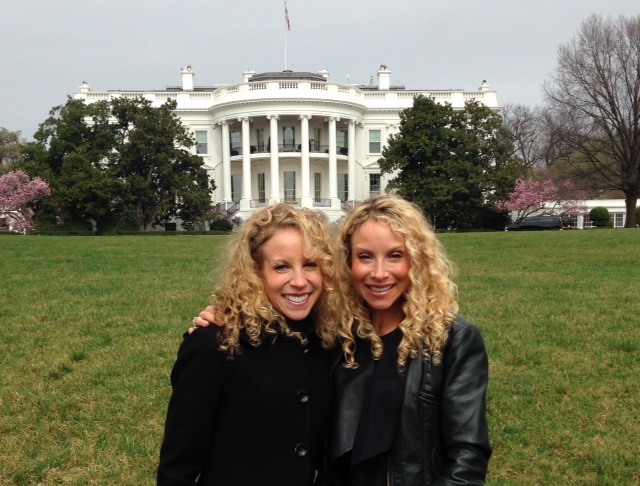 Then, we entered the building and took our seats and waited to start.  The chandeliers were breathtaking!  We were trying to figure out how many crystals were on this hot number! We never got a final count– any guesses? 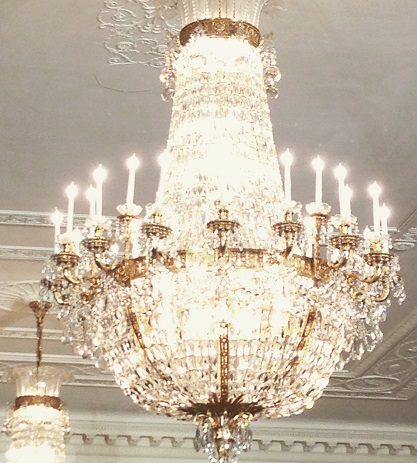 Soon we began, and first we heard from the staff of the First Lady’s team.

We also heard from 3-time Olympic gymnast and fellow University of Marylander and all-around awesome gal, Dominique Dawes (she grew up a few towns over from us!).  One of our fave things she said was that she’s always finding ways to give her kids more veggies– and she has put peas in their ice cream.  Now that’s a new one!

Representatives from Partnership for a Healthier America, USDA, and HHS  shared exciting accomplishments that have been made since the Let’s Move! campaign began in 2010.  Their goals are to foster environments that support healthy choices, work to provide healthier foods in schools, ensure that families have access to healthy, affordable food, and help children to become more physically active. (We love it!)

Here are some of the Let’s Move! program’s impacts so far:

After a fun cooking demonstration from Cris Comerford, the White House Executive Chef and a Physical Activity Break (which of course we are all about!), there she was… the First Lady!!  Inspirational! #FLOTUS 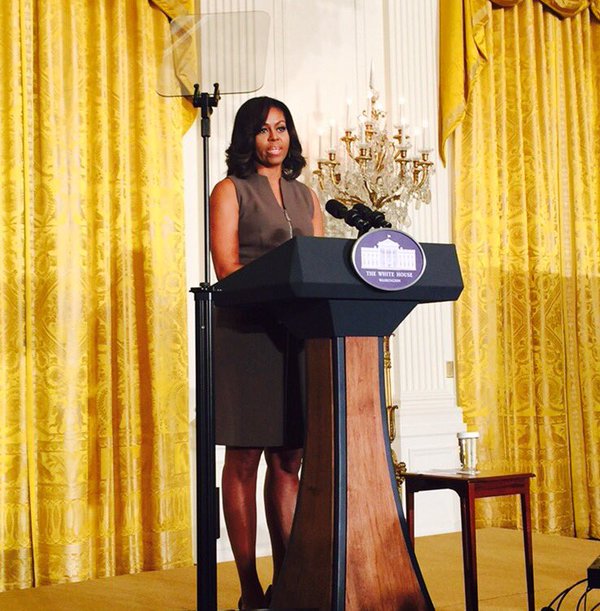 Apparently the White House library is filled with nothing but bad lighting and shadows. Oh, yeah, and a few books. 🙂 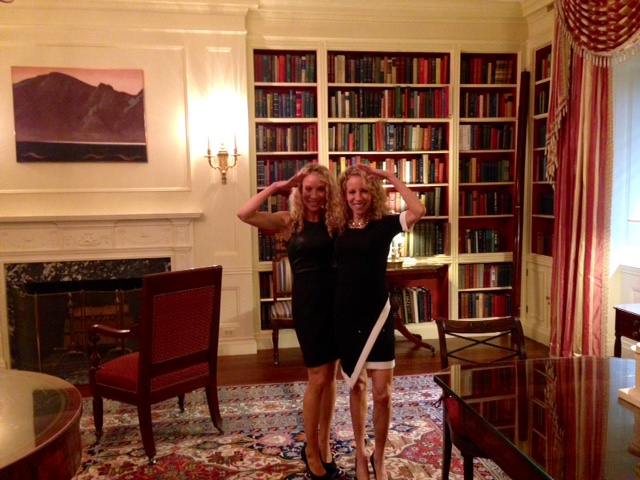 Barbara Walters said there was one thing she stole from the White House — the disposable bathroom hand towel!  We had to do the same! 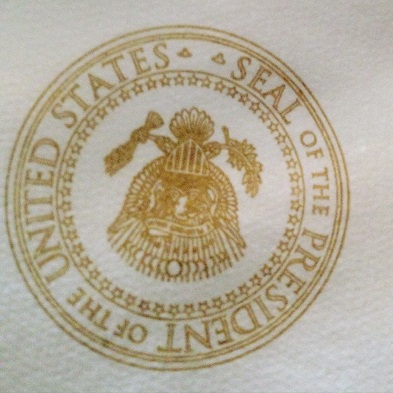 Next we had to have our moment with Abe Lincoln.  The dude is SO serious! 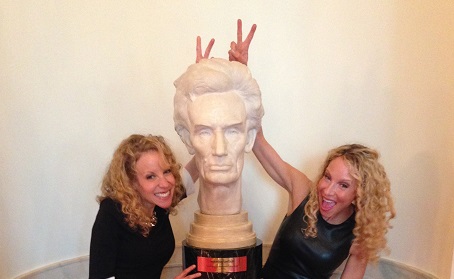 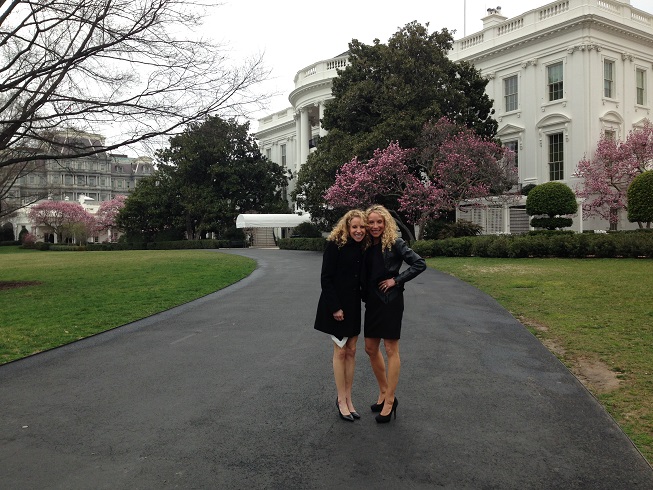 And perhaps one of our fave highlights? A visit to the White House Kitchen Garden.  We’ve always dreamed of having our own garden and this one, well, it’s certainly dream-worthy! And yes, you better believe that with Lyssie’s rather ‘unique’ kale love obsession ;), it took everything in her power not to pluck it straight from the White House lawn and run for the hills! 😉  #CaughtInTheAct 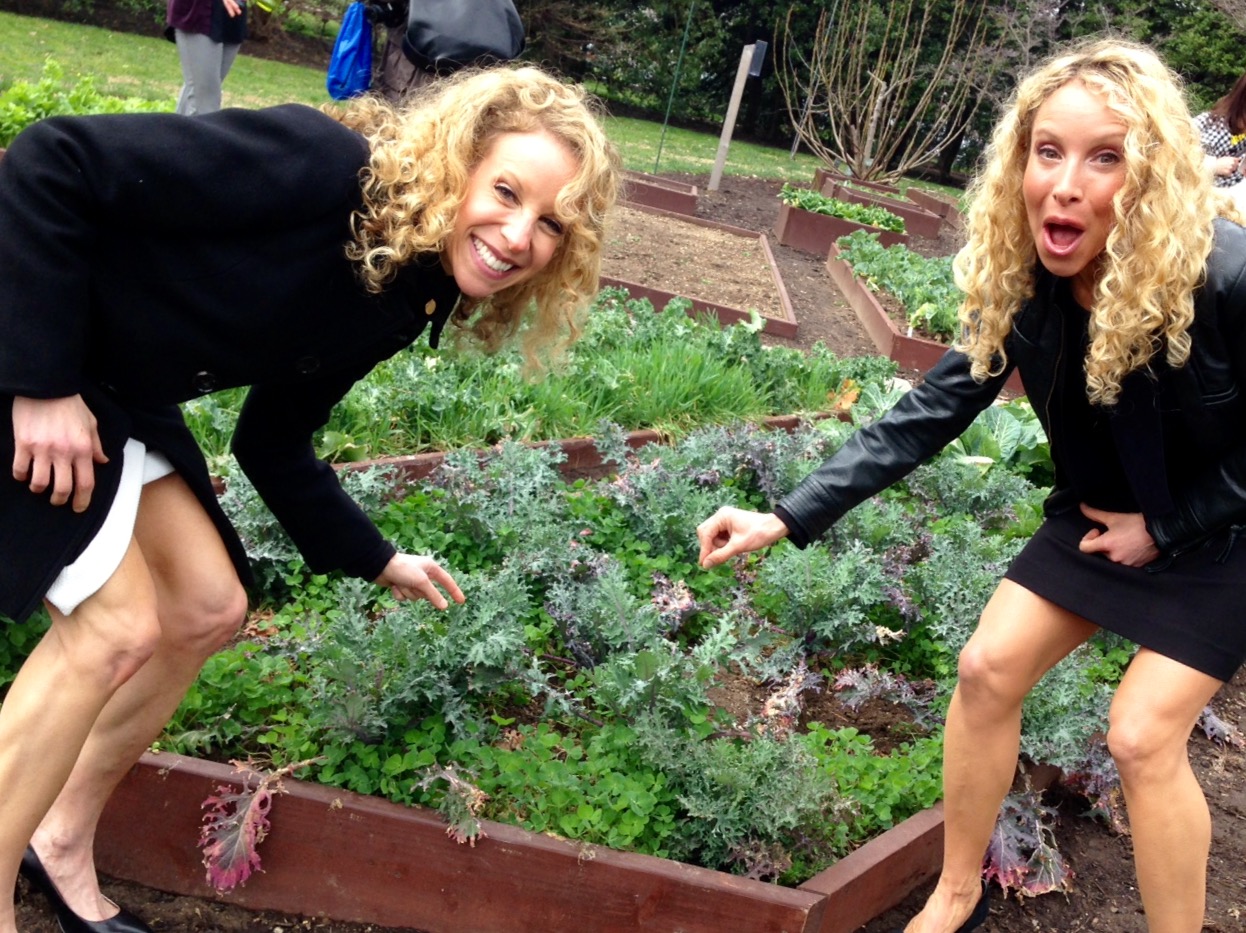 The ground was a bit wet from rain the day before and our entire heels of our shoes were coated in mud–yes, the entire heel! And now we ask ourselves why we didn’t let the mud dry on there and save some White House mud, ya know?! 😉

A HUGE thank you to Babble as well as Michelle Obama and her staffers for making this event so incredible for us!!