If we’ve had the chance to meet, you know we’re basically the “what you see is what you get” –smiley, (often quite giggly) veggie- loving twin sisters who joke about our wicked sweet tooth (especially Lyssie’s long, sharp left canine) and how we work hard to keep it in check.  It’s pretty hard to get our feathers ruffled.  That is, until you mess with our food– or your food–and with all of our health– and when it comes to our recent GMO findings, our feathers are more than disheveled…. 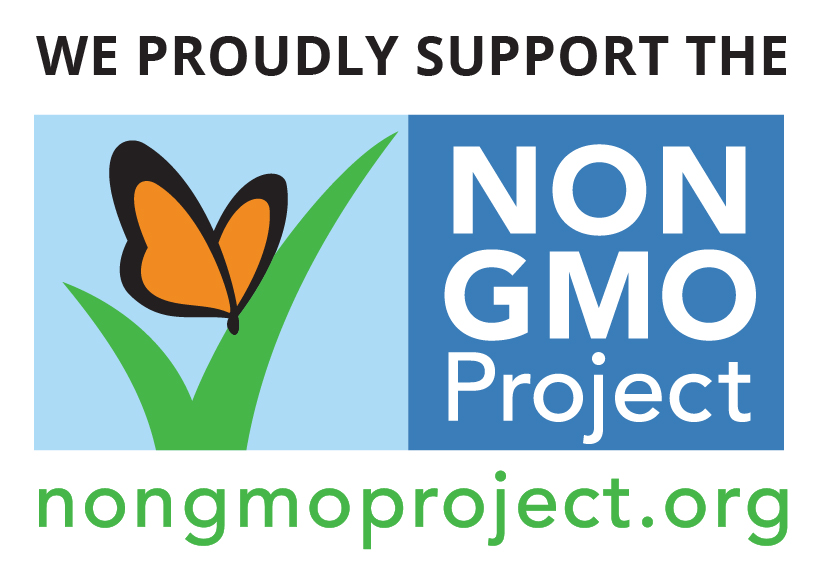 Welcome to 2016, the unsettling world we live in, where for many months we’ve been signing petitions to prevent legislation from being passed that would permit companies to sell their food without labeling whether it contains genetically engineered foods, commonly called GMOs.  Sometimes referred to as the DARK Act (“Deny Americans the Right to Know” Act) this measure is supported by the food industry and is trying to block G.M.O. labeling laws that requires companies be transparent about whether their food contains genetically engineered foods). (THIS WILL NEED UPDATING WITH THE POSITIVE CHANGES BEING MADE)

It’s often said that if someone wants to keep you in the dark, they’ve got something to hide…

We’re still in disbelief that in this day and age we’d have to be fighting for the right to know what’s in the food that we buy.  There are simple questions and we all deserve to know the answers: Was the food genetically engineered (GE)? Were chemical fertilizers used? Was it sprayed with cancer-causing agents?

As registered dietitians, many of our clients are interested in GMOs and want to fully understand what they are.  Genetically modified foods are created when the genes from the DNA of one species are extracted and artificially put into the genes of an unrelated plant or animal.  The foreign genes may come from bacteria, viruses, insects or animals.  They’re extremely controversial.  On the one hand, foods that contain GMOs are not necessarily bad for you.  For example, some genetically engineered foods have added vitamins (which can be good for us!).

However, there are also many genetically modified organisms that are not beneficial, and some reputable advocacy groups, like the Non GMO Project  and GMO Inside say GMOs are responsible for tumors, allergic reactions, liver toxicity and death.

Why would GMOs cause these dangerous effects in the body?

For starters, the main genetically engineered trait is glyphosate-tolerance, and the bulk of the corn and soybeans grown in the United States are engineered with this trait which means they are designed so they can be sprayed directly with the cancer-causing weed-killer, glyphosate and not die, no matter how much they are sprayed.  Glyphosate is a human carcinogen and an herbicide that kills all vegetation—and it’s the main ingredient in Monsanto’s branded weed-killer, Roundup.  Currently RoundUp is being used in around 90-95% of our countries’ corn, soybeans, sugar beets, cotton, alfalfa and canola,—so most people are ingesting it—and unknowingly. Also keep in mind that many of the animals that we eat are also being fed these very same genetically modified foods that have also been sprayed with RoundUp. 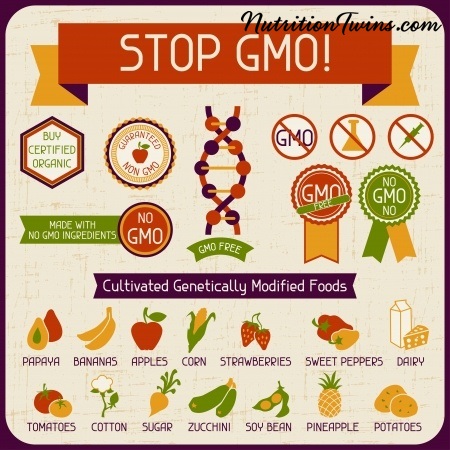 Is there an upside?  The benefit is that all of the weeds around the crop die and the crop survives, thanks to its’ glyphosate-tolerance trait.

The downside is tremendous. Glyphosate and its breakdown products remain in food and are ingested.³⁷,³⁸

Making matters worse, since so much Roundup is being used many weeds are developing a resistance to Roundup (we think of this the way antibiotic-resistant strains have grown from overusing antibiotics) so now farmers have to use even more Roundup to kill the weeds.

What does this mean for us?  More chemicals sprayed on our food means more carcinogens in our bodies!

Over 90% of all processed food in the US – such as breakfast cereal and the chicken nuggets often served to kids are now contaminated by genetic engineering. (source: Greenpeace.org)

Experts believe that since glyphosate-tolerant GE foods have been steadily growing in our food supply over the last twenty years, the health implications years to come will be widespread and the fallout will be scary. Here are just a few of the other negative impacts on health:

“Glyphosate exposure has been linked to the following (excerpted from collection of research of our colleague,  Lori B. Taylor, MA/MS, RD, CD, CSO ):

Which foods are affected?

As we mentioned, corn, soybeans, sugar beets, cotton, alfalfa and canola are almost all GE.  This includes almost all foods that contain sugar since most of our sugar is from corn syrup and if the label simply says sugar—assume half comes from sugar beets and half from cane sugar (not as likely to be GE). The poultry, beef and pork we consume are often raised on a diet of GE grains, and corn and soy products. GE ingredients are found in thousands of products that we eat daily (from things like ketchup and salad dressing, to chips and cookies!).

We’re not gonna lie, learning about this rocked our world, and not in a good way. We felt deceived and like so much of our efforts to live a healthy life had been tainted…

We found some of our favorite foods that we took pride in eating are affected –Lyssie’s recent love affair with turnips, which apparently if they are conventionally grown (meaning they’re not organic), are likely to have high levels of glyphosate in it.  And for now, we no longer will be enjoying our sardines in harissa (they were in a soybean oil), so we’ll be getting a new brand of sardines—among other items—ah! Yep, we now even have to triple check our healthy foods. UGH!

We started a pantry overhaul, which will require more as we learn more.

To learn more: Check out:  The Non-GMO Project, what is GMO?

What can you do?

To learn more about local GMO advocacy groups in your state, check out this site

Most people are unaware about glyphosate –once they know, they too, will want to avoid it like the plague. Please help make people aware by tweeting this:  The REAL Reason You Should Care about GMOs http://bit.ly/2awvkUg

Train Your Taste Buds To Like Healthy Foods
An Easy Exercise for Great Glutes
Craving Comfort Foods? Try these hunger-tamers
5 Steps To Cleanse Your Body, "Detox" and Recharge