Well, they’ve finally arrived! The much anticipated updated 2015 Dietary Guidelines for Americans was released by the USDA, and to say they’re controversial would be a massive understatement. We have had many lengthy conversations with several of you, and with many of our clients discussing food politics and its’ role in the guidelines and that we’re not in favor of some of the guidelines as a result (we definitely think the guidelines should have gone further with red meat and sugary drinks, just to name a few). That being said, today we want to focus on the positive –some great takeaway messages that we all can benefit from. 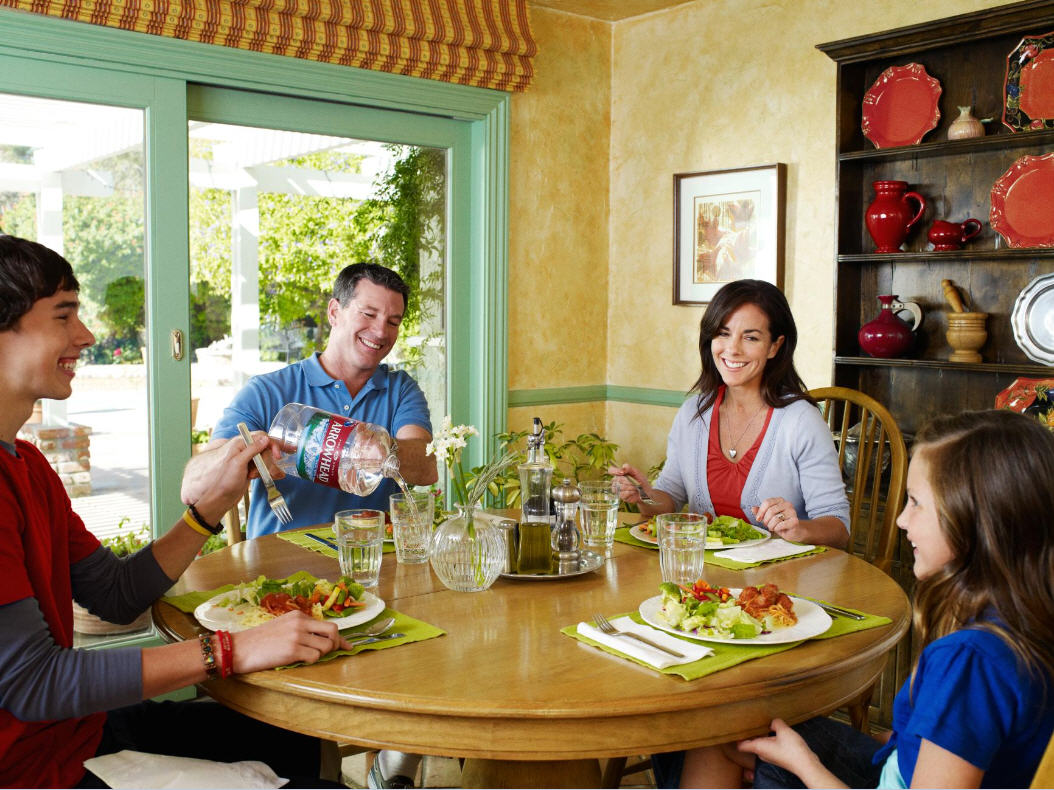 The good news is that the guidelines are supported by the most current research and can be used to promote weight loss and fight disease– and with 117 million Americans (half of our population!) overweight thanks mainly to diet and inactivity, we all can benefit from tips for getting and staying healthy!

Many of you know from reading our blogs that one of the most critical parts of our morning routine is something that we’ve done ever since we were in high school; when we wake up in the morning, we immediately hydrate with a huge glass of water (20 ounces!). This is one of the most important and energizing pieces to our morning—and if we don’t do it, we end up feeling like we need a boost all day. This is such a part of our routine that we actually crave our morning water. We’ve watched our clients get the same energy-boosting benefits when we have them take advantage of our recommendation to do the same and we always encourage others to do this too! 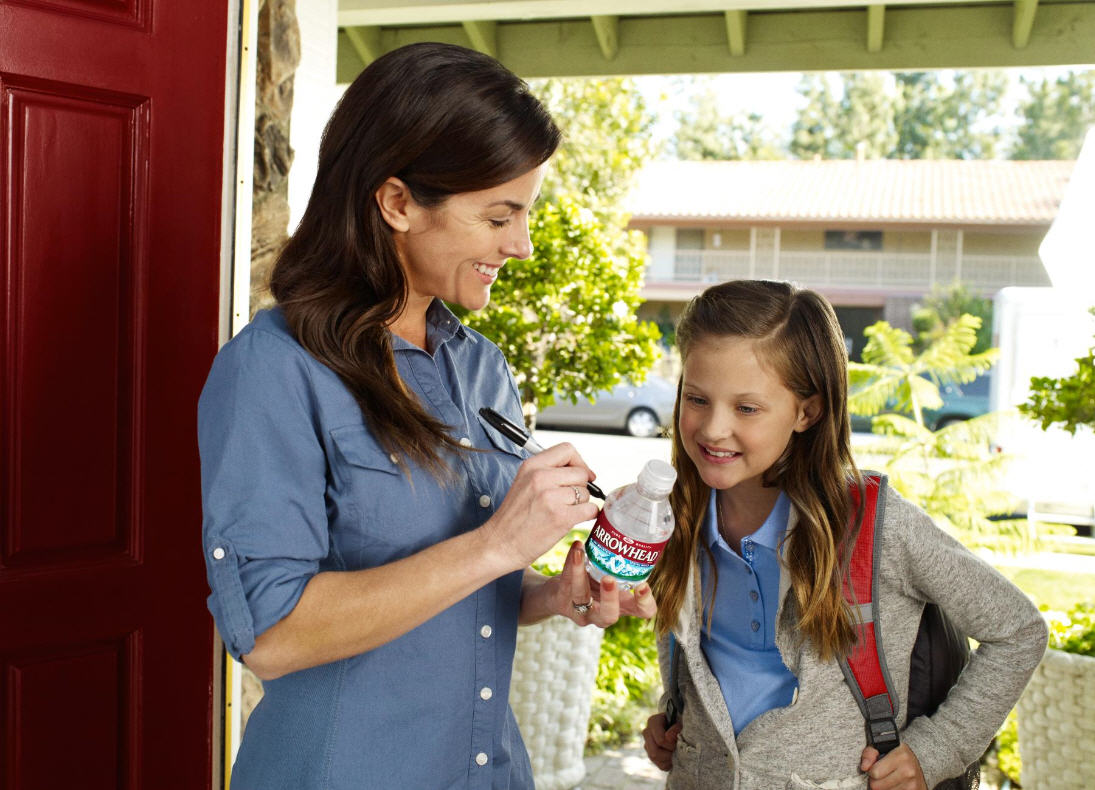 And while we’re happy that the guidelines suggest cutting back on sugar, we really feel the guidelines should have been specific and suggest what we always recommend—switching from sugary beverages to water, seltzer or other unsweetened beverages. After all, research shows that when we drink calories our brain doesn’t seem to get the signal that we received calories, and we eat just as much later in the day as we would have had we not ingested anything at all. Drinking calories and then eating as if we didn’t get any? This isn’t pretty for our waistlines!

Since staying hydrated is critical (every process in the body takes place in water and water helps our bodies to function optimally; staying well hydrated is important to both physical performance and mental cognition) recommending water, sparkling water or seltzer should be a no-brainer! Not only are these hydrating options calorie-free, when it comes to getting healthy and shedding weight, they are superstars since they help to fill the stomach and also prevent mistaking thirst for hunger, along with so much more!

And sure, we’ve all heard that we need to drink more water, for many reasons, including for weight loss, but this just doesn’t seem to motivate people to do it in lieu of other bevvies. If you’re looking for a little motivation to drink water instead of another drink, we get it—flavor talks! We’re all for jazzed up water—a.k.a. sparkling water– and it counts as water! We personally are obsessed with sparkling water! It makes a great alternative to sugary beverages or high-calorie alcoholic beverages. One of our favorites: Arrowhead Sparkling Raspberry Lime (featured above!).
And if you want more motivation to drink water (especially if you’re looking to shed a few LBs)—check out these neat motivating tidbits of information that will inspire water sipping over other sugary or calorie-containing beverages. We now officially have our water in hand and ready to sip… 🙂 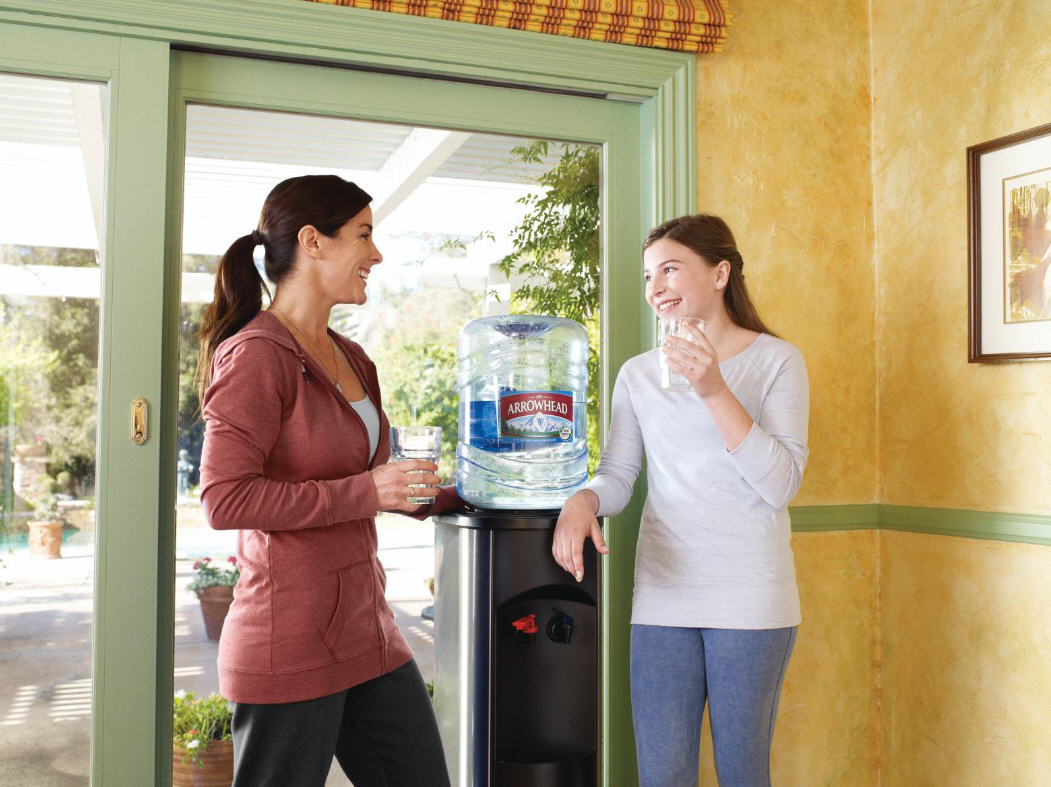 • Added sugars account on average for almost 270 calories, or more than 13 percent of calories per day in the U.S. population. As shown in Figure 2-9, intakes as a percent of calories are particularly high among children, adolescents, and young adults.

• Beverages—excluding milk and 100% juice–account for almost half (47%) of all added sugars consumed by the U.S. population (Figure 2-10).

• Americans should get less than 10 percent of calories per day from added sugars.

• Sugar-sweetened beverages, such as soft drinks, sports drinks, and fruit drinks that are less than 100% juice, can contribute excess calories while providing few or no key nutrients.

• Beverages are not always remembered or considered when individuals think about overall food intake. However, they are an important component of eating patterns.

• One of the major recommendations in the 2015 Dietary Guidelines for Americans recommend limiting added sugars to no more than 10 percent of total calories—or 12 teaspoons per day–based on a 2000 calorie diet. A 12-ounce soda packs in about 150 sugar calories and 10 teaspoons of added sugars—nearly all the sugar you need in a day!

So here’s what you need to do to save calories and get healthier: Drink water! People often forget how many calories and sugars are in beverages. They watch what they eat—not what they drink. Sparkling and still water are terrific options for people seeking simple, natural refreshment who no longer want the added chemicals in diet soda.

• Sugar-sweetened beverages are the leading source of added sugars in the U.S. diet. Americans currently average about 23 teaspoons of added sugars per day—some 365 calories from sugars alone. (Johnson)

• Some 47 percent of added sugars in the U.S. diet come from sugar-sweetened beverages. (Neuhouser)
• Keeping tap or bottled water on hand and accessible is an easy way to remind yourself to drink calorie- and sugar-free water in place of sugary beverages.

• Replacing just one sugary beverage per day with water is a small step that can equal big calorie savings and may be a dieter’s best ally.

Haven’t seen the guidelines and want to check them out? See them here.

The Nutrition Twins work with Nestle to help people get more water.

You Never Regret Being Kind. Live Without Regrets.
7 Best Late Night Snacks for Weight Loss
An Easy At-Your-Desk Exercise for a Flat Belly
Once You Replace Negative Thoughts with Positive Ones...