Do you want something that will give you sustained energy that won’t cause you to crash? 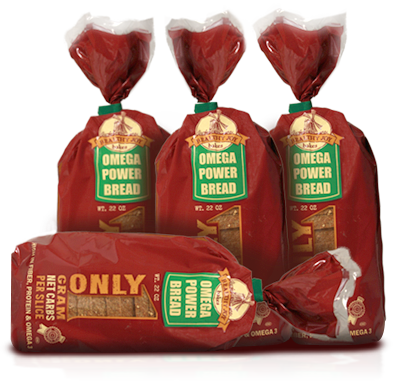 And at just 78 calories a slice this bread won’t break the calorie bank. It’s packed with 9 grams of protein and 4 grams of fiber per slice (can you say INSANE?!), so it’s sure to keep you feeling full and satisfied and to prevent energy highs and crashes like processed breads will.

And as for how the Omega Power Bread got its’ name– each slice has 1 gram of Omega 3’s. Now that’s impressive! And if you’re someone who watches your carbs, each slice has just 5 grams of carbohydrates.